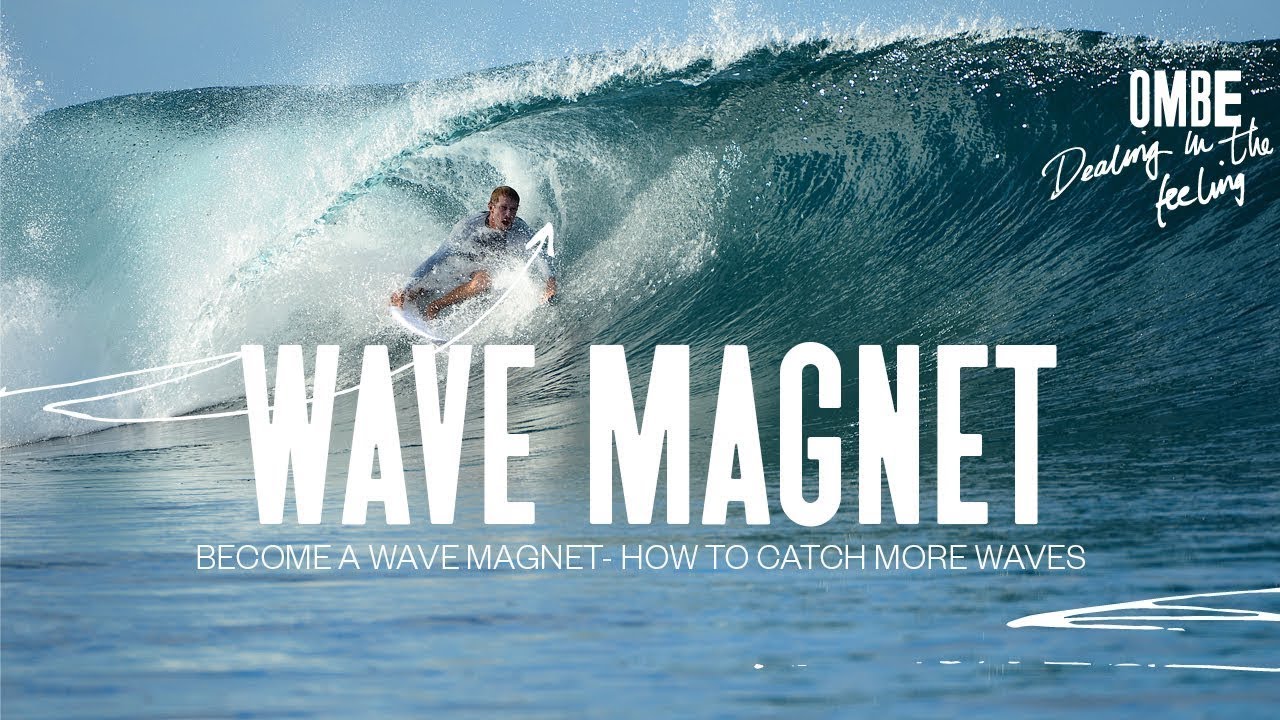 Increase your wave count with these simple steps. This is the easiest method and way to catch waves, you'll be kicking yourself you didn't know it before.

You just completed a satisfying surf session, you’re on the shore with your board under your arm making plans for drinks with your mates, and when one of them asks you how many waves you caught, you can proudly answer: 15. And, you know what, that’s cool. But, what if someone asked you how many waves you missed? Unless you have a great photographic memory, that’s quite a difficult question to answer.

With the secrets and tips we’re going to share below, though, you can ramp up your wave count and make the most of the waves you encounter on a certain day.

First, we’d urge you to look around and see what the majority of surfers are doing when they are waiting for waves. The answer is, whether they are paddling, lying in wait, or catching their breath, they are mostly looking down. It’s true that looking down creates a sense of safety and security, and you can say to yourself, “Yes, everything seems to be in its right place, cool. I’m doing all right after all.”

That’s a pretty obvious and simple mistake: if you look down, you can’t see what the wave is doing, and the ocean is not merciful to those who aren’t paying attention. You can miss the most perfect wave you’d ever ride in your life when you’re not looking, and there’s nothing you can do about it afterward. One of the first rules of surfing (if there are any) is developing a connection with the ocean. If you can’t look straight at its face, there’s no chance for that.

Here’s what else makes you miss out on waves and how you can prevent it from happening again.

If not being able to develop a connection with the ocean is a major surfing sin, over-thinking and second-guessing yourself are two others. Moreover, the number of rookies that don’t like the wave in front of them is surprisingly higher than you’d imagine, and some might say that basically defeats the purpose of surfing.

It might be unlike any wave you’ve surfed before; it might be a wave on which you cannot display what you are good at; it might be the wave you tried to ride and failed in your last session. All those situations are okay, and you’ll only progress if you keep trying.

But if you already have a negative mindset, a particular wave will always nag you, cause you stress, tension, and anxiety, and you’re going to miss more opportunities. Unless you change your attitude, it won’t get better in your further attempts either.

On the other hand, if you are a surfer with a positive mindset, you pay little attention to what kind of wave is in front of you. You just want to go ride it and be a part of its energy even though you might fail. And when you fail, you should still be able to stick with that positive attitude and tell yourself that you’re going to learn and do better next time out.

Okay, no matter how positive a mindset you have, some waves might seem downright scary, and you might think that your physical prowess and skills aren’t sufficient. However, saying “no” to a wave and turning your back on it is not a good idea right off the bat. As long as you’re certain that there’s no risk to your well-being, why not say “maybe,” and take a chance?

Fear is the worst enemy of a surfer. It doesn’t only result in over-thinking or second-guessing. It ails your progress with the prospect of potential failure, too, but no learning can be possible without taking chances and being brave. Mistakes are the best way to identify your shortcomings.

You just went to the shore to have a peaceful ride, but guess what: it’s full of people! Or, the tide is too high! Or, the waves are too strong!

Well, what would you do in this situation? Would you just mumble under your breath, “To hell with it!”, and get out of there as soon as you can? Or would you pick a spot to observe the weather or when people arrive/leave so you can decide whether to paddle in or go home with better information?

Weather conditions and fellow surfers frequenting your favorite shores are common issues in the life of a developing surfer. Therefore, you need to adapt to these conditions. Even when you don’t adapt to every such situation, you can at least come up with a better training schedule for yourself by sheer observation. For example, you can predict when the tide will change and paddle in accordingly.

When you’re able to do those things, you won’t be spending your valuable time at home, looking out the window, and rueing your missed opportunity because the weather has turned.

Have you ever thought a sign that says “The Apex of the Wave” would look cool in the middle of the ocean? What about another that goes like, “The Shoulder! Stay Away! Or Risk Surfing Flat!”? Well, the ocean would probably be full with the latter, but the former that notifies you where the apex of a wave will be is already there in the ocean in the form of sandbanks.

Sandbanks are the treasure maps of surfers, and once you’re able to read them, you’ll be able to identify the point of your takeoff with pinpoint accuracy and increase your wave count.

You might have observed that most surfing consists of paddling, but that doesn’t mean the more you paddle, the better you catch waves. On the contrary, when you paddle too much and too frantically, you’ll be spending more energy than you’d like, and you’ll be tired when you end up against a wave.

Think of it as swimming. When you put in too much effort, you’ll look like you’re drowning, as if you’re in a fight with the ocean—a fight with a predetermined winner. Good swimmers, on the other hand, just glide through the water and don’t splash around or create bubbles.

It’s the same with paddling. Put too much effort into it, and risk tiring yourself. Also, when you’re in such a fight with the ocean, your peripheral vision will be obscured to a great extent, and you won’t be seeing the waves. Put less effort, glide in, and let the water carry you. You’ll be able to see what’s going on around you as well as preserve energy.

Take Note of Who Sucks

Surfing spots are getting more and more crowded with each passing day. Inevitably, there are more surfers who suck—yet keep trying—as well. But, it’s not all that bad because identifying and keeping an eye on them might benefit your wave count.

When you think about it, even without surfing, the ocean is already quite chaotic. Adding rookie surfers, 15 of whom are trying to catch the same wave, doesn't ease that chaos at all, either. But, if you’re intent on making progress as a developing surfer, you can’t look at the ocean as a layperson would. Especially if you want to increase your wave count, you need to make sense of that chaos.

How? You can start by being aware of what goes on around you. You can keep a positive mindset and learn that there is nothing to fear or that there’s no reason to second-guess yourself when a wave stares you in the eye. You can be brave enough to try new things. You can observe weather conditions and adapt to them. You can read the ocean like a treasure map if you know where to look.