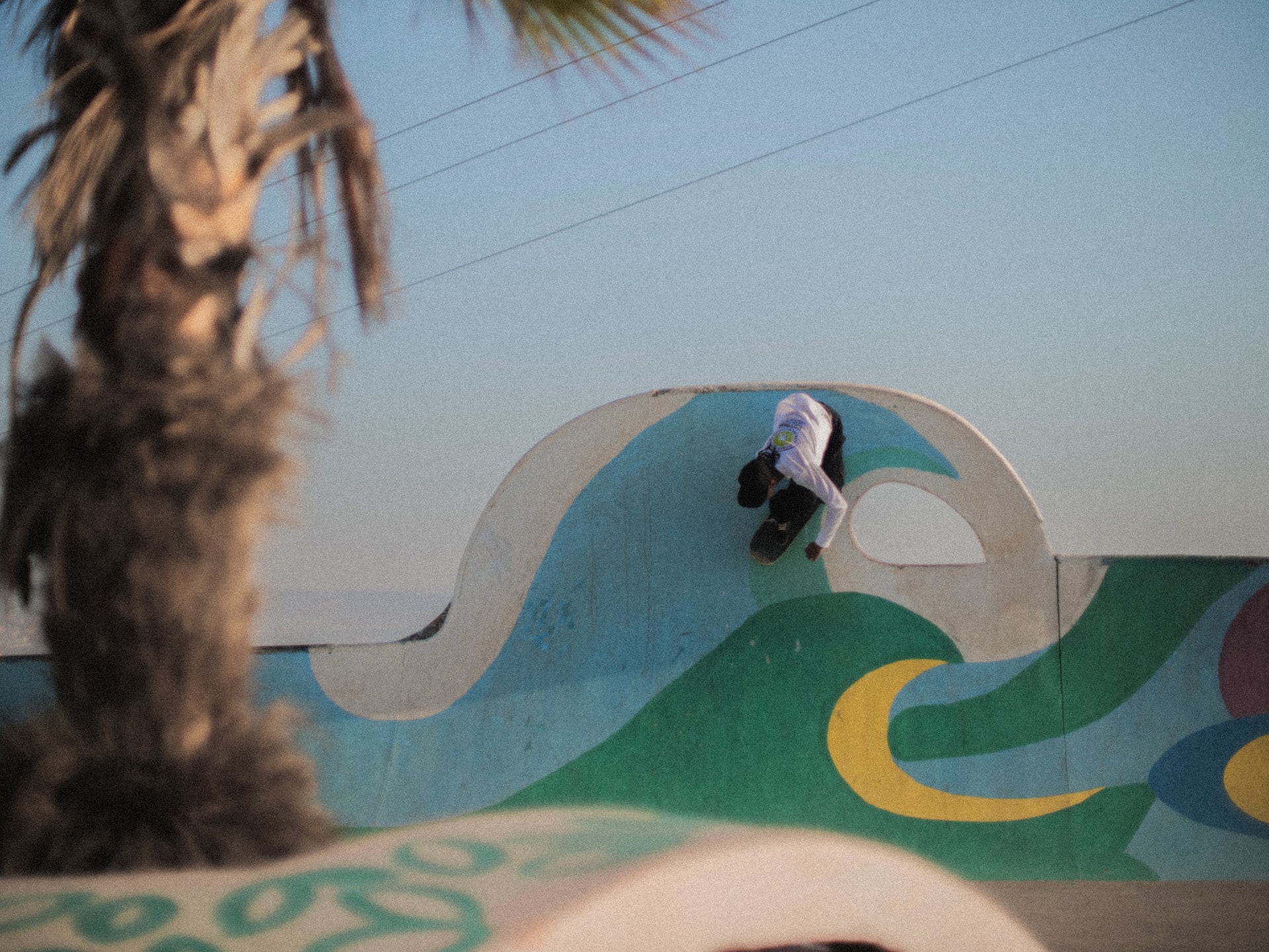 If you want to improve your surfing and are looking at getting a surf skate, here is the buyers guide to help you choose between all of the brands out there.

Surfskates have become very popular among skateboarders, surfers, snowboarders, and even among those who have never been on any kind of board before. The reason for the rising popularity of the surfskate board is two-fold.

There is a bit more nuance to that second point, and we promise that we’ll go over all of the reasons why skaters might want to pick up a surfskate for practicing how to surf later in the article.

What exactly are surf skateboards?

A surf skateboard is different from the regular types or skateboards or longboards because of the specific characteristics of the front trucks.

The front trucks on a surf skateboard allow an additional axis of movement and cause the board to move similarly to a surfboard rather than a skateboard. In essence, this means that the surf skateboards allow deeper rail-to-rail dips and they use the momentum that’s generated from these repetitive sideways rotations to move forward.

Speaking of moving the board, that’s the other difference. Every other type of skateboard needs to be pushed along with one foot, while the other stays on the board. The skate surfboard, on the other hand, requires you to place both of your feet on the board and rotate your body so that the heel to toe movements provide the momentum that moves the board.

What makes the trucks so different?

The front trucks of a surf skateboard are mounted on something that’s called a surf adapter. This item can either come as a built-in part of the skateboard, or as an attachment that can be mounted between the front trucks and deck of any standard board.

Any standard board is fitted with trucks that tilt and turn on their kingpin axis, and this allows the skater to turn and steer the board. The surf adapter is essentially a crane arm that attaches to the board and allows the trucks to move side to side, rather than remain static as you’re moving along.

Picture it like this - If you’re riding on your skateboard and you push your toes forward so that the board leans to the left, all that will happen is that your trucks will tilt on their kingpin axis in that direction and the board will turn in the direction that you wanted.

If you do the same thing on a surf skateboard, the trucks will still tilt to the left, but the surf adapter will move the trucks themselves sideways in the opposite direction. This means that if you lean left, the trucks will be moved right, and vice-versa.

This sideways movement gives the board a wider range of motion when it comes to rail-to-rail movements and allows the front trucks to generate momentum, while the back trucks are used as the pivot point of the board.

Are there different types of surf adapters?

There are as many different types of surf adapters as there are surf skateboard brands. Each company has their own special feature that they've added to their design, which separates them from their competitors and makes them all unique.

To best illustrate the differences that can be found in surf skateboard trucks, we’ll take the most famous example that’s out there - the C7 and CX. Both of these are manufactured by Carver, which is almost everyone's first choice of manufacturer when it comes to surf skateboards, and for good reason.

This will also help demonstrate how different surf adapters with specific functions can be, even when they’re produced by the same company.

This particular truck is designed to provide the skater with an experience that’s as close to surfing as you can possibly get while on dry land. This is accomplished thanks to the two-axles which drastically increase the surf skateboard’s turning radius, and allow it to achieve much higher speeds.

The CX is much more beginner-friendly. It provides a lot more stability than the C7 and has a much lower skill requirement from the skater. However, this does make the board a lot more similar to a standard skateboard in terms of movement, as opposed to an actual surf skateboard, which makes the CX a great choice for newcomers.

The C7 has a very soft and fluid movement style and is a great choice for people who want to practice their surfing skills. The CX has a much more snappy style and is more favoured by those who want to visit skateparks and pull off some skateboarding tricks, on top of getting the most out of the surfboard-like movements.

As you can see, both of these trucks are very different, but they both provide their own benefits and disadvantages. Keep that in mind as we go over our recommendations for the best surf skateboards.

We might as well start off the list with our most expensive choice. If this was any other manufacturer, we’d be saying that you should look for something more affordable. However, this doesn’t apply when we’re talking about Carver because you’re getting your money’s worth.

The company is known for providing the most top-of-the-line products when it comes to surf skateboards, and this model is no different.

The board in question has a deck with a deep concave but is a bit shorter in length than a lot of other surf skateboards (30.75”). The shorter dimensions can be very useful for skaters who want to try out some more aggressive surfing moves and get a bit more practice pulling off snaps and cutbacks.

Next up is another model from the Carver line. This particular board is fitted with the C7 trucks, which gives it a much larger turning radius and makes it perfect for practicing a more fluid and loose surfing style.

However, this particular surf skateboard isn’t limited to just one surfing style, but can rather be used for everything from cruising to carving. This is mostly thanks to the design of the trucks themselves, as well as the length of the board (31”), both of which allow the skater to pull off some pretty quick and sharp turns.

The Pipe is a surf skateboard from Yow which is available with their V3 model of trucks that come in 2 different loadouts - S4 and S5. The difference lies in the spring that’s mounted inside of the trucks, which can provide different advantages depending on the model.

The S4 is a much better option for lighter riders or for children because it requires a lot less force in order to turn.

The S5 is the better choice for anyone who’s over 50 kg due to the board requiring a bit more force to properly perform repeated rail-to-rail movements.

Keep in mind that these aren’t ironclad rules, and anyone can try and ride either version of this surf skateboard. However, the S5 can prove to be a bit too rigid for lighter skaters, and anyone on the heavier side will have a hard time controlling an S4 board as it tries to throw them off from the slightest movement.

If you’re a more experienced skater, you can compensate for the weight difference with pure skill, but otherwise, it’s recommended that you stick to whichever model will be more adaptable to your stature.

The Blue Horizon is pretty much an exact copy of the Carver Resin board that we mentioned earlier. The trucks are almost identical to the CX models that the Carver line uses, and the board that Triton provides is almost as good as the original, at a lower cost.

However, there is a reason for the price difference between these two seemingly identical boards. While the Triton is a great choice for anyone who doesn’t have the budget for a Carver, the board itself has a more rigid feel to its movements.

Additionally, it might also be important to mention that Carver boards are usually on the more expensive side, but they make up for it through quality and durability.

Again, if you have a limited budget, then the Blue Horizon is nearly identical to the Resin, but they still can’t beat the feel of an actual Carver surf skateboard.

This surf skateboard is a great option for anyone who wants to try and perform some very tight turns. The trucks that this model is equipped with prioritise stability, while still allowing the board to pick up some decent speed.

This also means that this model is the best option for anyone who wants to improve their balance on the board while also practicing the rail-to-rail movements they would need in order to generate momentum.

When you pair off the previous features with the relatively low price tag, you get a great product for beginners and serious skaters alike.

The Oxelo Carve is one of the cheapest yet most practical boards that are currently on the market. Don’t let the price tag fool you, this surf skateboard is a quality product that can really prove to be worth more than its weight in gold.

While the Oxelo Carve might not have the same pedigree as most of the other boards on this list, this is exactly what makes them perfect for the average skater.

If you’re looking for a surf skateboard that you can ride just for fun, but aren’t interested in pushing your skills to the limit, using it for surfing practice, or anything like that, then this is the model for you.

We’re not saying that this surf skateboard can’t be used for any of those things, but rather we’re simply pointing out that if you aren’t a hardcore surfer or skateboarder, then you can get the real land-surfing experience from this board, without having to break the bank to do it.

As you can see, there are plenty of good choices out there.

The most important thing that you need to keep in mind is that the surf skateboard that you buy won’t last you for the rest of your life. The average skateboarder will probably buy a more decently priced board and stick with that for a while, and a more serious surfer might change a few boards in the span of a single month.

Our point is that you can get any surf skateboard and still be satisfied with the experience it’ll give you, regardless of which model you pick.