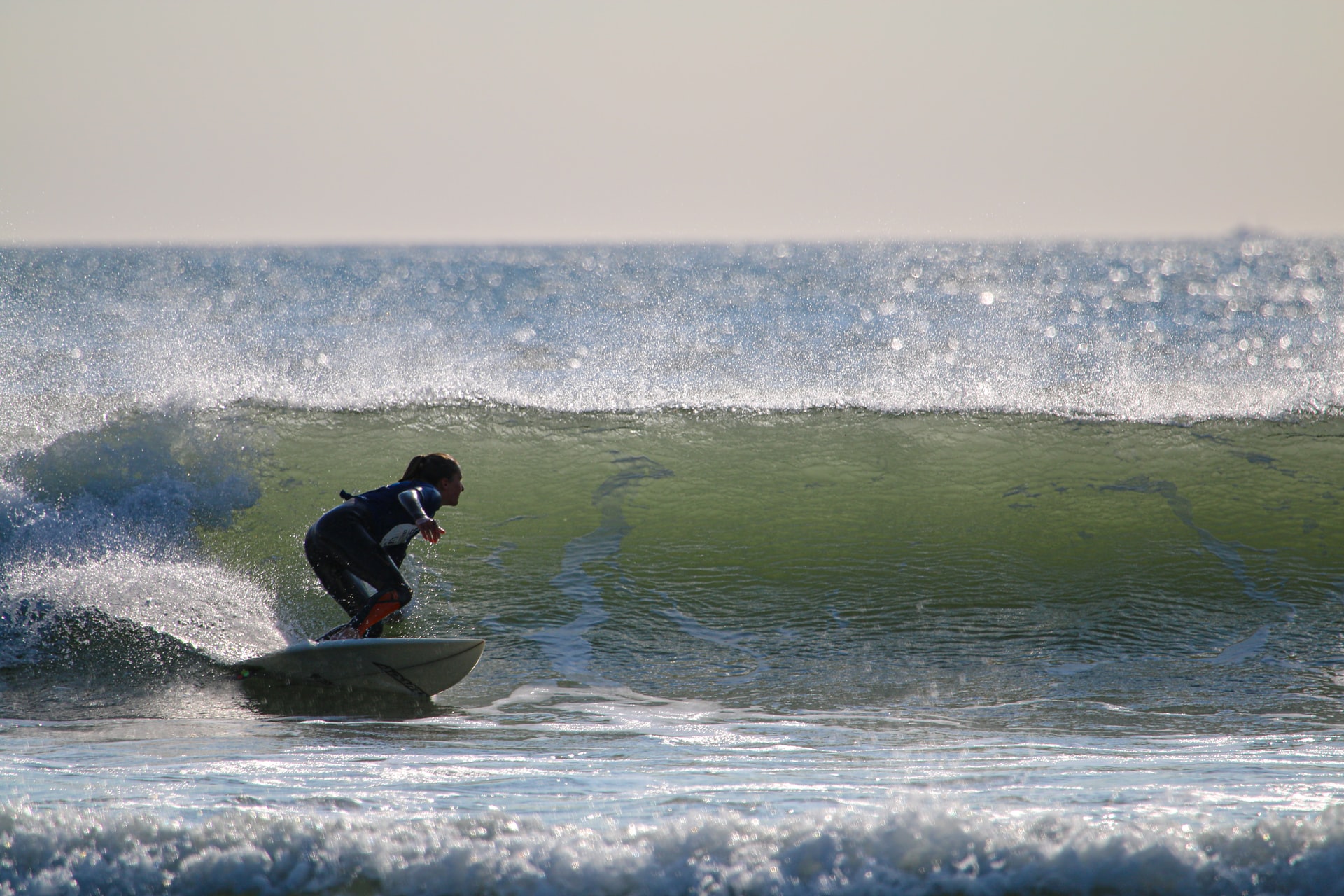 The ultimate list of beginner to intermediate surfing tips, tricks, and techniques

If you want to progress from a beginner to an intermediate surfer, you'll need to know your equipment better, understand and read the ocean, as well as know your limits.

So here you are. You’ve learned how to put on and take off a wetsuit in under an hour, you’ve put some mileage on your surfboard, and you’ve finally gotten the hang doing a pop-up on your board at least semi-reliably. Congratulations, you’ve officially graduated from being a beginner surfer to an  intermediate surfer.

Going forward you really have two choices that you can make when it comes to what kind of surfer you decide to be.

If you’re one of those people that want to get better and see everything that this sport has to offer, then there are a few tips that we think might help you push your surfboarding skills to the next level.

Change out your surfboard

When you were just starting out you most likely chose a bigger board that was easier to balance while on the water. This probably means that you went for a foam surfboard or a longboard. These are perfectly good types of boards and are in fact great choices for people new to the sport. However, if you’re looking to improve, then you’ll need to get something that can turn more quickly and can give you a bit more freedom on the waves.

Shortboards are sort of a double-edged blade. They can be used by some surfers to tackle the larger waves, but they can also hinder other surfers by throwing them off without much warning. In essence, the shortboard is a great choice for tackling big waves, but you need to have a certain level of skill in order to maintain your balance and fully utilize the maneuverability that they can provide.

The biggest advantages that the shortboard has are the rocker, the short length, and the narrow width. The small size allows you to do turns on a dime, while the rocker can prove to be a better “fit” for the curl of the wave. Whereas longer boards are more likely to cut into the water much more severely and cause you to lose balance, the shortboard is designed to let you effortlessly tackle the biggest waves.

The fish starts out looking like a longboard due to the wide nose but slowly gets narrower towards the back, where it finishes in a double-pointed V-shaped tail. This is a good intermediate type of board that can help you transition from a longer board to a shorter one.

The extra volume that the wide nose provides will give you some of that added volume that you’re accustomed to, while the narrow tail can help you pull off some crisper turns. Though these are small surfboards, they aren’t as quick as shortboards, nor are they as well designed for big waves. However, they can help you learn some more advanced tricks and abilities with much greater ease than their more precarious cousins.

If even the fish proves to be a bit too much for your current level of skill, then look no further than the funboard. It’s shorter than a longboard, longer than a fish, and it’s just wide enough to provide you with a decent level of stability without hindering your movement all that much. The funboard is the perfect in-between when it comes to short and long surfboards, even more so than the fish. However, that's also its biggest flaw.

A funboard is a reliable choice for every surfer, but it doesn’t have the same speed and maneuverability that you’d get from shorter surfboards, nor does it have the stability and volume of the longer types of surfboards. While this does mean that it lacks any one particular strength or specialty, it also means that it’s a jack of all trades that can be at least useful in pretty much every type of surf.

Learn to read the waves better

New surfboard acquired, the next step is to start watching the waves more carefully. In the past, you could have been forgiven for paddling out at any point of the wave and simply going down the shoulder, but that’s not gonna fly anymore. If you’re looking to generate more speed, then you’ll have to change a few habits.

Where you paddle out is important

Paddling out is one of the trickier aspects of surfing that every beginner needs to get good at. But now that you’ve got the timing down, you’re also going to need to get the angle down as well.

Pumping is when you surf up and down the face of the wave in order to use the force of the wave itself to keep going towards the top and keep moving forward. This technique makes full use of the power of motion that you get from the wave and uses it in order to allow you to either ride the wave or pull off some fun tricks.

Smaller “pumps” allow you to simply move forward by utilizing the motion of the waves, bigger “pumps” consist of sharper turns downward and upward on the wave and can serve to launch you off of the top of the peak. You should really try to practice both of these motions in order to get a better feel for how to pump the waves and how to control your board better.

The title of this section says it all really. Here are a few mistakes that you might be making when it comes to how you’re using your body when surfing and how to correct them

There are going to be surf spots that aren’t for you and waves that are too difficult to handle at your current level. If you go to a surf spot, and you see that the surfers are pulling off tricks and turns that you’ve never even seen before, take that as a warning rather than a challenge. What we mean by this is that the area you stumbled into might not be suitable for your skillset.

You might be a really talented surfer, and we fully admit that we have absolutely no way to gauge the abilities of any of the readers that are going through this article right now. But we do know two things for certain:

Take it slow. As you improve, you’ll slowly get the confidence and skills that are needed to surf with the best of them. However, until then, make sure that you’re realistic about your abilities and don’t try to rush ahead too quickly.

Surfing is an incredible sport, and people can choose to go on the waves either for the thrill or for the sheer enjoyment of the ride. But nothing says that they can’t do both. Surfing is an experience, so we hope that our article has helped you see in which new ways you can experience it for yourself.